As most of you know through Facebook, Sunday I had another adventure.
We went to Stonehenge and Bath and it was absolutely incredible.
We all like to joke that we saw the world's oldest and biggest bathtub, and a bunch of famous rocks.
In reality, I was in awe of the history before me in both places.

We started our day by getting on a coach bus and heading to Bath.
We had to pick up some random study abroad kids along the way that had signed up for the tour.
It was early in the morning and about a 2 hour drive so I put the headphones in.
It was so cool to go from the city, to the suburbs, and then to the countryside.
England is a beautiful country.
I will say though that their fields and countryside have nothing on home.

We finally arrived in Bath and it was like stepping back in time.
The architecture and buildings were absolutely gorgeous.
For those of you who don't know, Bath is home to the Roman baths.
It was the place to vaca to back in Georgian times.
Since it was built for Romans it looks a lot like streets in Italy.
I can't even begin to describe how beautiful it all is.

We started our tour of the Roman baths and honestly it was amazing.
Now the real Roman built baths are about 30 feet under the present one but it was still really awesome to see the baths that have been here for so long.
We were allowed to walk around on our own and see whatever we wanted.
The museum gives you a handheld walkie that gives you stories the entire way through the tour.
I stopped using mine because I was already on information overload.
I got tons of pictures and at the end I even got to drink the healing hot spring water.
It was hot and tasted like blood.
Absolutely disgusting!

After we left the museum we went and found some lunch.
For dessert we went to a place called Ben's Cookies.
Oh. My. Goodness.
This place is amazing.
If you are ever in the UK find one and revel in the magnificence that is this place.
You will thank me.
Then it was onto Stonehenge.
Another fun fact, when I was in Bath I was only 45 minutes away from Wales!
How incredible is that?!
A 3 hour trip and I can be in another country!
It's absolutely amazing!

So we arrived at Stonehenge about 45 minutes later.
I don't want to break the illusion for everyone, but Stonehenge is in the middle of a field.
Like smack dab in the middle.
There are sheep surrounding it.
We thought about stealing a sheep as a souvenir, but we didn't have a seat for it on the coach. (sigh)
You have to take a land train to reach Stonehenge and it only takes about 3 minutes.
When we pulled up I kind of just stood there.
I couldn't believe that I, a small town country girl, was  seeing a wonder of the world.
It's magnificent.
Also, it was much bigger than I expected.
I have no idea why I had this notion in my head that Stonehenge rocks were somewhat smaller.
They're massive!
Unfortunately you can't get really close to the rocks because they have fallen over.
I guess it's nice they care about our safety but I really just wanted to touch one.
Maybe steal a little piece...
I did luck out however.
We all recognize the normal Stonehenge arrangement.
What many don't know is outside of that circle there is a lone boulder.
I'm not sure how it got out of the formation, many say that the formation changes over the years.
I wasn't too upset because this one I could touch, with a little rule breaking.
So everyone will be thrilled to know I took a rock from Stonehenge and did NOT get arrested.
I felt so cool.
I was terrified one of the tourists would rat me out.
They didn't.
It took about 30 minutes to walk the whole thing.
Plus you have to to get the standard selfie pictures with Stonehenge.
I will admit I was super proud of mine.
After we did the walk I was tired and ready to go home.
Luckily I had a Ben's Cookie waiting on the bus for me.
It's the little things in life that make me happy.

On our way home I tried to nap a little.
I just ended up banging my head on the window.
When we finally arrived at home I went to a local pub for dinner.
We were really wanting a Sunday Roast which is a huge thing over here.
No such luck for us.
I ended ordering a burger and it was delicious.
They were a little skimpy with the chips though.
So I now have a place to get a good burger here.

I must say that I am incredibly thankful for the opportunity to study abroad.
I am even more thankful for the opportunities I get within it.
The places and things I see are amazing and beautiful.
I am realizing that I will see things that most people will never have the chance to.
It's very humbling and makes me very happy I'm getting those chances.

Stay alert because this month there are some exciting things coming!
Tomorrow I do the London Eye.
It's a huge Ferris Wheel type contraption that gives you a view of London.
I'm very nervous because of my fear of heights.
Then at the end of the month I am off to Germany.
I am visiting Kristin and I am SO EXCITED!
I have really missed her and can't wait to see her in her home.

Here are some pictures from Bath and Stonehenge. 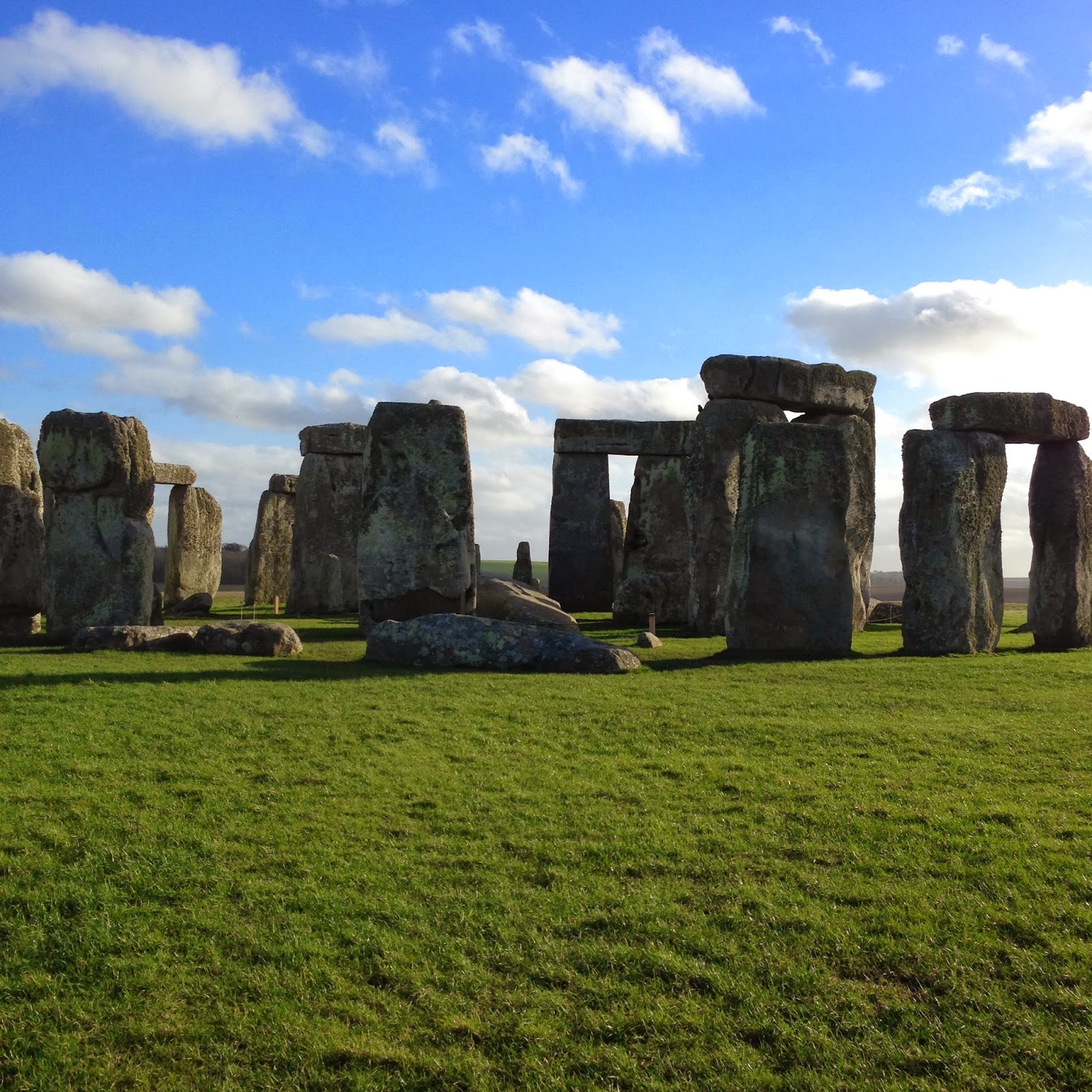 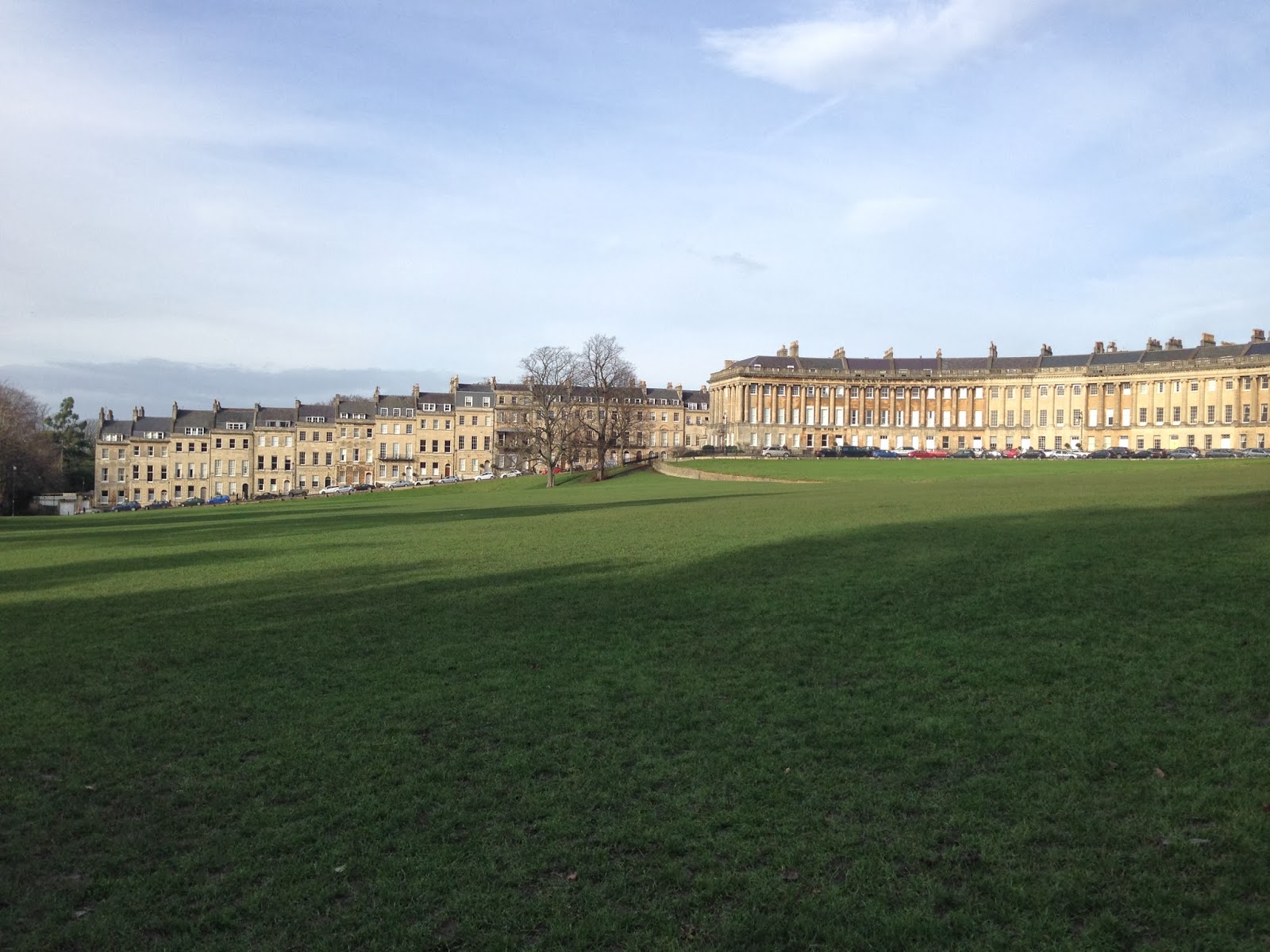 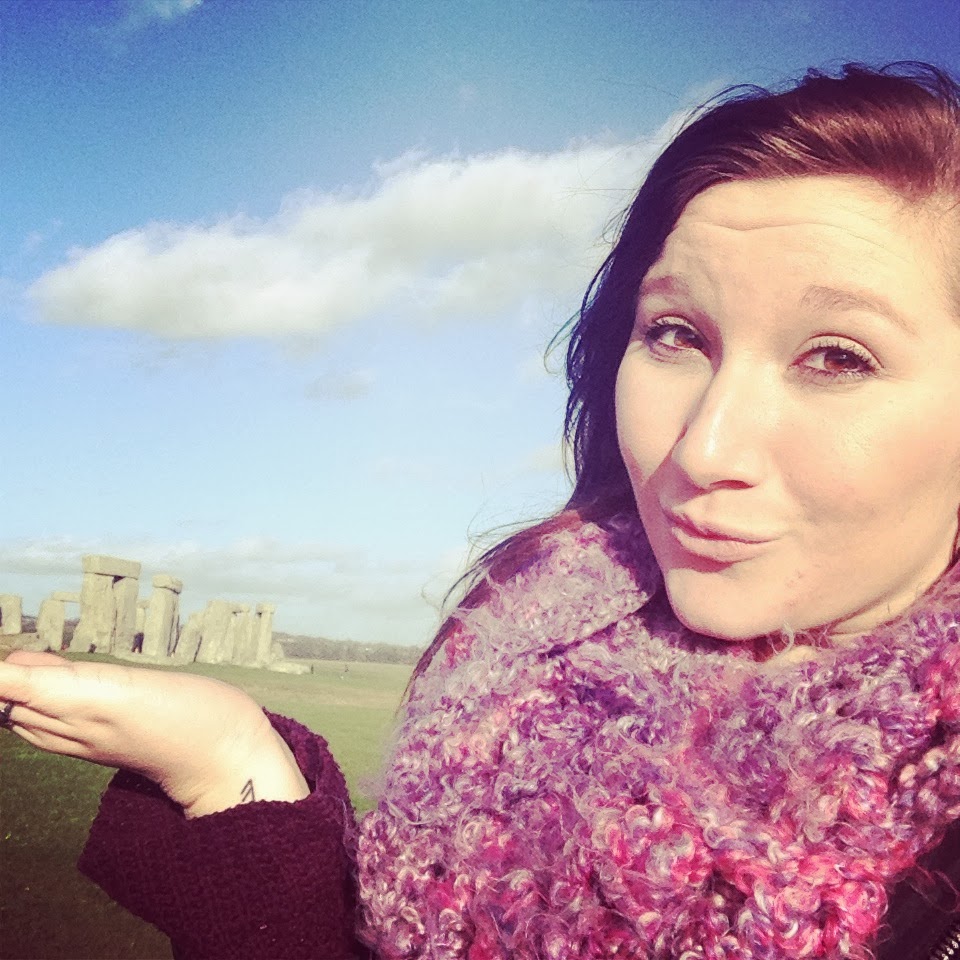 Until next time,
xoxo